The pursuit of ageless beauty.

This aesthetic centre has gone the extra mile and introduced the innovative concept of combining cutting-edge medical technologies with a five star-quality spa experience.

The Gateway to Beauty

Complementing our customer’s physical attributes by
proposing anti-ageing solutions and dental care is the
hallmark of the Centre de Chirurgie Esthétique de
l’Océan Indien,Trou aux Biches where standards of
excellence and outstanding professionalism have but
one purpose: the pursuit of ageless beauty.

Each detail has been carefully designed to induce relaxation and well-being.

A Balinese-themed sleek decor, ornate wood panelling, statuettes, water features and huge windows that overlook an exotic green garden… Each detail has been carefully designed to induce relaxation and well-being. 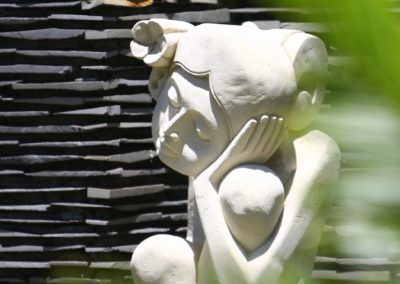 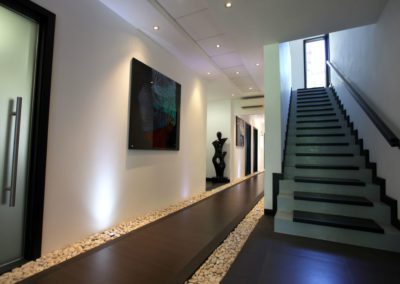 Spread over 900m2 of land, this high-end establishment provides services that range from hair grafting to dental and cosmetic surgery, and aesthetic medicine. “It started at Pointe aux Canonniers in year 2000, and it is now in Trou aux Biches that our medical team delivers a complete cosmetic surgery offering to both local and international customers” explains Gérard Guidi, the Center’s Director. Our practitioners are all members of professional associations which are recognised internationally and are regularly invited to take part in world conferences.

The fully-trained team has all the necessary skills and expertise to be by your side overseeing all aspects pertaining to your absolute comfort as soon as you get in touch with the Centre. Prior to your intervention, you would have had exchanged many correspondences with your designated ambassadress who would be accompanying you throughout and after your project. If you are coming from abroad, you will be met with a warm welcome as soon as you arrive at the airport and be driven to your Villa where you will have no extra charges for your plus one, should you wish to be accompanied during your stay. Your surgeon, your nurses, and ambassadresses already know you and will ensure that you feel at home. The reassuring atmosphere of the reception areas, restrooms, and diagnostic rooms will make you feel comfortable and will contribute to a speedy recovery. Our hands-on post-op follow-ups will ensure that you always feel accompanied. You will feel embraced by the Spa-like familiarity of our service and will soon discover that every aspect of your wellbeing has been covered.That is the nucleus of the unique concept at the Centre de Chirurgie Esthétique de l’Océan Indien.

The Residence Bel Été, ideally situated next to the Centre, provides spacious rooms with a Balinese touch, surrounded by an exotic lush green garden and opened on the swimming pool. Enjoy the company of someone close to you and benefit from personalized postoperative follow-up by the Medical Team of the Center. The first and foremost the embodiment of a passion. A passion for helping people turn over a new leaf and free themselves from anything weighing them down. A passion for doing things right, with the utmost respect for people, customers, employees. A passion for growth and moving forward, without letting anything get in the way.

A passion sorely tested … It all began in 2007 with the creation of a team of thrilled surgeons and dentists, all from Reunion island. But our original facility, initially dedicated to hair-related services, was much too small. We had to find a piece of land and obtain the relevant building permits.

And this signalled the beginning of an uphill battle for the founder. Construction works were authorised, then stopped, then resumed…while time, as well as our financial resources, were wasting away. One year, then two, went by. The dentists had made huge investments in equipment which had yet to make it out of their cardboard boxes. This was eating up all of our bank loan money… Even cyclones were giving us a hard time by ruining whatever had been built.

It looked like this amazing dream that we had was never to become reality. The dream of providing high-end treatments in a delightful setting with well-being as sole focus. The dream of being able to help others build something meaningful.

And then, when it seemed like things were in a state of deadlock, an agreement was reached. A sign, a ray of hope for us all.

Employees and future partners had never withdrawn their support for the project. They had never, like a pack in a scrum, doubted the passion, the unstoppable drive for excellence. Even when Gérard himself had thought all was lost. That all his years of hard work would amount to nothing.

Now, it was time to roll up our sleeves and start building and creating.

Creating what would later be referred to as the “pioneer of medical tourism” in Mauritius. Creating a structure involving some fifty people, fully dedicated to providing the best possible care and to becoming leaders in their respective fields of expertise.

A new, brighter future awaits you…